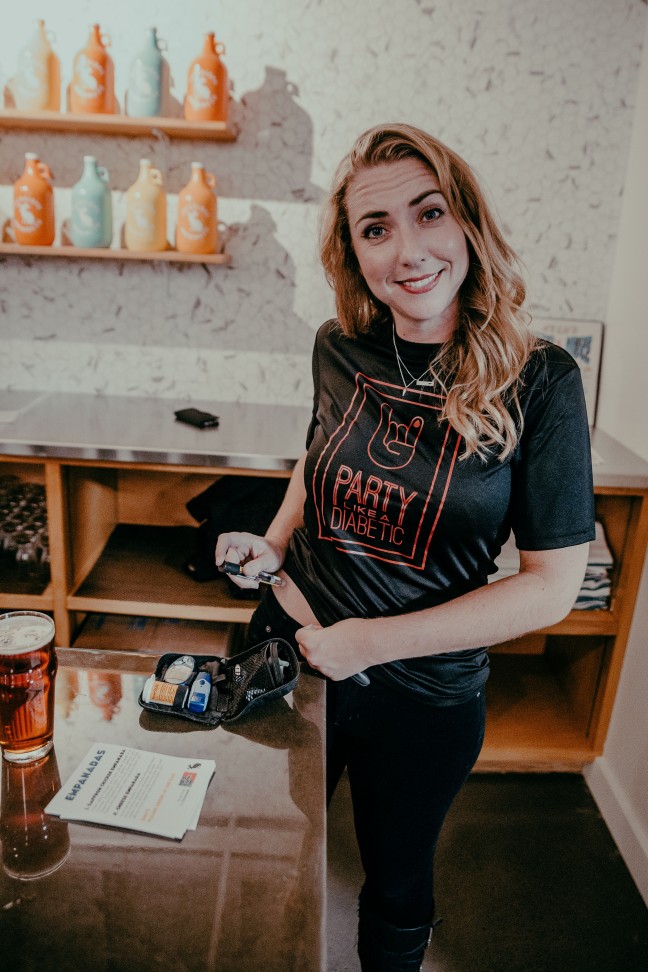 November 3, 2018
Party Like A Diabetic Launches Online Carb-Counting Platform for Diabetics in Nashville, TN.
By Samantha Boettger
If you know someone with celiac disease, you know that anytime they pick up a menu, their eyes immediately dart to two simple, hyphenated words, “gluten-free”. With a sigh of relief, they plan their meal with reassurance, join in on the table conversation and enjoy their dining experience. Twenty years ago, however, most waiters would have looked at the same person with a bewildered look. It’s the same look I got yesterday from a well-meaning, but unaware waiter who was confused as to how exactly I expected him to “count the carbs” for the dish I was considering. Most people, understandably, don’t know much about how to manage blood sugar levels because they have never had to think about it. When it comes to food, knowledge is power, whether you are diabetic, celiac, or allergic to peanuts. The more we educate one another and our communities the better our quality of life can be.

As a diabetic, I look forward to the day when I can have my own safety net while eating out. In case you haven’t heard, diabetics are actually human calculators. No matter where we are or what we are doing, numbers are likely floating through our heads as we count carbohydrates, dose insulin, and prick fingers throughout the day. As a diabetic, it is easier to eat predictable, tried and true meals at home, or chose foods with clear, distinct nutrition facts. When eating out, however, counting carbs is a pure guessing game. A typical internal dialogue might be something like, “Well, last time I had pizza, I estimated it would be 50 grams of carbs, which means I would need about 5 units of insulin (10 units per gram) to cover. I also have to keep in mind that pizza hits my system a full five hours later, so I will need to keep an eye on my blood glucose levels and delay my dosing…” and so on, and so on. While we all magically manage to do this every day, it is still super stressful.

It is no wonder the ears of every diabetic in Nashville are perking up. Caitlin Grenier, founder of Party Like a Diabetic (PLAD), is working to, quite candidly, “try to make diabetes suck less.” Grenier was diagnosed with latent autoimmune diabetes of adults (LADA) in 2013. Instead of allowing this overwhelming disease to bring her down, she committed herself to helping diabetics live life to the fullest.

Party Like A Diabetic’s mission is to, “create an online platform that provides carbohydrate counts to better equip diabetics to dine and drink at their favorite local spots.” To do this, Grenier is collaborating with local Nashville breweries, cideries and restaurants to help empower diabetics with the information they need to honor their bodies while taking the stress out of eating out! Currently Grenier is partnering with local breweries including Jackalope, New Heights and Yazoo. She is also working with some of Nashville’s best-loved restaurants including Dino’s, Cabana and 4 Top Hospitality (owners of Char, Amerigos, Saltine and Etch to name a few). While Party Like A Diabetic is clearly gaining local traction, Grenier has no intention of stopping with Nashville. She already has plans in motion to bring Party Like A Diabetic to a variety of cities all over the country including Tucson, Anchorage and Kona, so that diabetics can eat and drink smart even while traveling!

To kick off this new venture, Party Like a Diabetic supported the American Diabetes Association in their recent ADA Walk at Camp Widjiwagen on Saturday, November 3. All proceeds of the ADA Walk go to diabetes research, education, awareness and Camp Sugar Falls, a camp specifically for kids with Type 1 Diabetes.

Following the walk, Party Like A Diabetic hosted an “after party” at Jackalope’s newest location, The Ranch, in Nashville’s Wedgewood-Houston neighborhood. As if free craft beer isn’t good enough, Grenier and the brewers at Jackalope calculated the carb counts for each of the beers on tap! I was able to savor a 12 oz. glass of their earthy, caramelized Rompo Red Ale knowing I had accurately dosed my insulin. Such a treat! While it may seem like a small thing, being able to predict how a drink would impact my blood sugar levels took a tremendous load off my mind.

Grenier is an invaluable advocate for the greater diabetic community. She knows that the more we support one another, educate our community, and shine the light, the better our quality of life will be!

“If you have knowledge, let others light their candles in it.”
― Margaret Fuller

Cheers to better blood sugar levels, more fun, and some much appreciated peace of mind.

All information, content, and material of this website is for informational purposes only and are not intended to serve as a substitute for the consultation, diagnosis, and/or medical treatment of a qualified physician or healthcare provider.